From exclusive Marin to tony Malibu, young food activists are sparking the renaissance of an old fraternal order – the California Grange.

The state Grange still abides by its symbolic Civil War-era ceremonies, but in its modern-day role, it’s become home to food literacy activists, food insecurity worriers and food sovereignty supporters. Not to mention the slow food devotees who, in turn, support the small organic farmers and local produce purveyors.

“For lack of a better term, it seems to be ‘foodies’ who care about community today and see the Grange as a way to provide community service,” said Rick Keel, spokesman for the California State Grange.

State Grange leaders say the farm-to-fork ethos that’s taken hold in Sacramento juxtaposes well with the Grange’s purpose since it formed in 1867: to serve the interests of farmers.

“This food movement fits right in line with our purpose and principles,” said Bob McFarland, president of the state Grange. “We call this the Grange renaissance, the reawakening of the Grange.”

For the activists, joining the Grange means gaining a gathering place, a supportive umbrella organization and a platform through which to seek food policy changes.

Even more notable, the average age of a California State Grange member has decreased by 20 years – from 65 in 2008 to 45 in 2010, ensuring a new generation is poised to take over when elders bow out.

Before the foodies moved in, Granges in the Golden State were in danger of going down the faded path of the Odd Fellows, the Elks and the Masons.

Membership had declined for about 30 years along with the number of family farms. Once-proud, historic Grange halls, including the Pilot Hill chapter that gold-discover James Marshall joined in 1870, were unappreciated and underused – save for the occasional pancake breakfast.

But once the food advocates, an updated version of back-to-the-land hippies, recognized the value of organizing as Grange chapters, the nonprofit fraternal group in California set upon the road to rebirth. Since 2009, 39 new Grange chapters have been formed, bringing the total to about 200.

“These are not your father’s Granges,” said member Kathy Les, who also serves on the board of Slow Food Sacramento. “These are people wanting to shine a light on mistaken food policies and contribute to a healthy environment, while keeping the ag economy thriving.”

Enthusiasts include Krist Novoselic, former bassist of the rock band Nirvana, who proudly calls himself a Grange member in Washington state. “I’ve been a member of my local Grange since 2003,” Novoselic wrote in Seattle Weekly in 2008. “It keeps me connected in my community.”

On the national stage, however, Grange membership is still dropping. Unlike its California chapter, the National Grange lobbies for big agriculture; it supports the use of pesticides and genetically modified crops.

The positions espoused by the state Grange have put it at odds with the national organization. The National Grange revoked the California State Grange’s charter in April and filed suit in Sacramento Superior Court to try to force the state Grange to cease operation. The case is pending.

“Unfortunately, some of the leaders in California have chosen to take an exclusive view and declare war on large agriculture,” said National Grange President Ed Luttrell. “They are divisive and exclusionary. We believe that’s not sensible.”

Luttrell and McFarland share the view that the fight is over whether the California State Grange is required to follow the national organization’s policies.

Luttrell says it must; McFarland says, “This is a democracy. We don’t have to agree or abide.”

“We are very liberal compared to the National Grange,” Keel said.

McFarland is more blunt: “California has a reputation for being the black sheep in the family.”

In the four-county Sacramento region, 30 Granges operate with varying degrees of activism. Some take stands against the use of pesticides, for the legalization of industrial hemp and for regulation in support of the local food movement.

At the California State Grange hall on U Street, close to Stockton Boulevard near Oak Park, the California Food Literacy Center offers classes to those who want to teach others about the health benefits of fresh food and exercise.

Authors such as Wenonah Hauter, who wrote the book “Foodopoly,” drop in to give presentations. Documentaries, including “The Harvest,” spotlighting the plight of child farmworkers, and “A Place at the Table,” examining hunger in America, are shown free to the public.

“This is for outreach to kids in local schools, a plot where kids can get their hands in the dirt,” said Godley, who tends to the garden. “It’s important to show kids where food comes from.”

Godley said she hopes to grow enough produce to donate to “Food Not Bombs,” a Sunday meal program for the homeless in downtown’s Cesar Chavez Plaza.

California has the nation’s only vegetarian Grange chapter. A new Spanish language chapter in Coalinga occupies a hall that previously sat largely unused, with broken windows and transients spending the night.

Not long ago, the National Grange called McFarland and asked him to check out someone in Malibu using the Grange name. It turned out to be a vintner helping to organize a new chapter; she was the wife of actor Emilio Estevez, McFarland said.

Marin County has a recently formed chapter and may be the only rural spot in California where it’s not possible to have a hall because of financial and land-use constraints. The members – all successful professionals bent on influencing policy changes, McFarland said – are satisfied with meeting in an old railroad car.

While McFarland celebrates the state Grange’s resurgence, he said he’s left perplexed by the motives driving the National Grange.

“They questioned whether our young people were ‘hippies,’ ” he said. “Young people should not be seen as a threat. They are hardworking visionaries.” 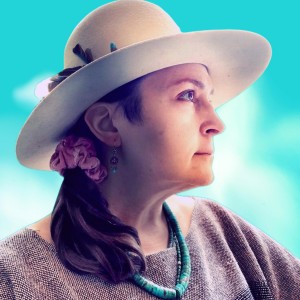