Jaimey’s photos and quotes of visiting Detroit’s urban farms was recently published in the Metro.co.uk May 12,2017 by Adam Smith. Check out the article!

The Motor City of Detroit is getting its mojo back thanks to urban gardening phenomenon which is turning it into one of greenest cities on the planet.

Huge swathes of the city were left desolate due to white flight and the collapse of the once all-powerful car industry at the end of the 20th Century.

They were the calling card of the death of the city until urban gardeners starting planting the seeds of recovery over ten years ago.

One of the most successful projects is the Michigan Urban Farming Initiative (MUFI) which was set up by volunteers in 2011 and has distributed over 50,000lbs of mostly free produce over the last four growing seasons to more than 2,000 households, food pantries, churches, and businesses.

Tyson Gersh, MUFI president and co-founder, said: ‘Over the last four years, we’ve grown from an urban garden that provides fresh produce for our residents to a diverse, agricultural campus that has helped sustain the neighbourhood, attracted new residents and area investment.’

The urban agriculture craze is causing city council bosses headaches as they are having to make laws on the hoof about where can and cannot be farmed, but they are often behind the farmers.

And where there are farms, there are usually animals, and council chiefs have proposed an livestock ordinance for residents who’ve been keeping farm animals.

International urban farming expert Jaimey Walking Bear, co-founder of Zumbido Vida Resilience Guild, said: ‘Beneath the rough exterior that many might associate with Detroit is a city with a ridiculously resilient and generous spirit. It’s a thriving web of entrepreneurs, innovators, civic leaders, food champions, and more.

‘We’ve been grateful to visit just a handful of the thousands of urban gardens and farms located across the city.

‘Detroit is really doing it right to meet the challenges at hand and ensure all its citizens have access to affordable healthy food. We are in awe of what they’re making happen in D-Town.”

He added: ‘The city, once a byword for decay and destitution, is attracting a new breed of millennials who are happy to taken on the challenge of rebuilding the Michigan city.’

LinkedIn placed the city third in the USA for millennials wanting to relocate for work in a survey earlier this year (2017). 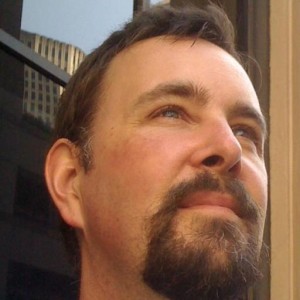